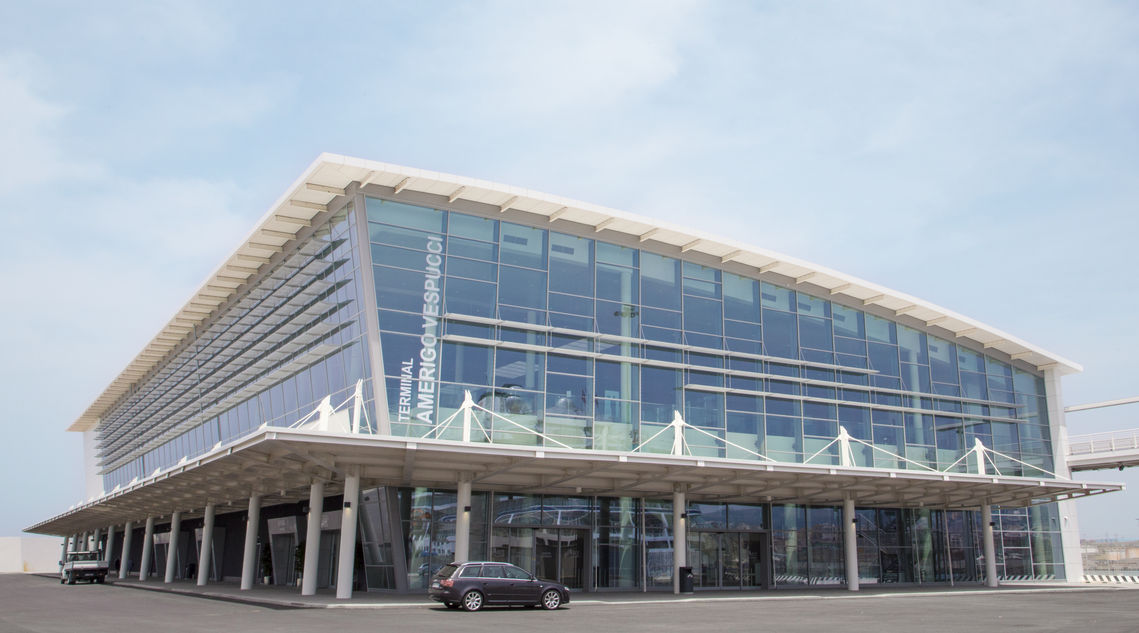 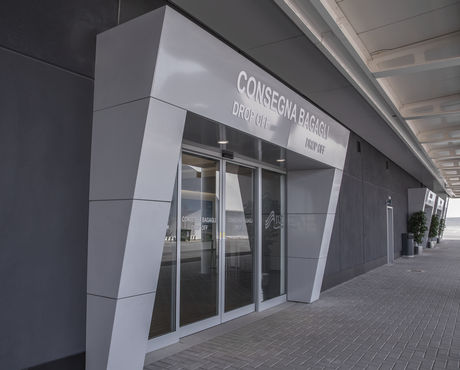 Cruises are becoming increasingly popular. The new Rome Cruise Terminal (RCT) at the port of Civitavecchia began operations just in time for the start of the holiday season. As a mooring for Mediterranean cruise liners and land excursions, it aims to offer passengers maximum comfort - even before boarding. Even the largest of ocean-going giants can be replenished and despatched quickly as well as efficiently.

Our contribution to the new Rome Cruise Terminal (RCT) in Civitavecchia:

With a wide choice of options provided by the automatic doors range, and its comprehensive Solution Competence in project construction, the GEZE Italia subsidiary provides excellent, cost-effective door solutions. Right from the outset, the needs of passengers, operators, and everyone who works at the terminal were considered in the planning and implementation. In addition to fast and smooth implementation of the door solutions, GEZE coordinated the collaboration between all the parties involved in the construction.

The first point of contact for passengers is the baggage check area on the ground floor of the terminal. The double-leaf automatic sliding doors at the front entrance are heavily used. ECdrive systems ensure the doors open and close automatically and almost noiselessly – ideal for barrier-free building. The sliding doors hold-open time depends on the number of people passing through. Door users and operators benefit from the advantages of ECdrive door drives:

All GEZE door drives are designed for the rigours of marine traffic, and are corrosion-resistant and waterproof. All the electronic components are concealed inside of the doors. The robust and visually appealing sliding doors are stable even under heavy wind loads out sea.

Stress-free check-in: Access for all with GEZE automatic doors 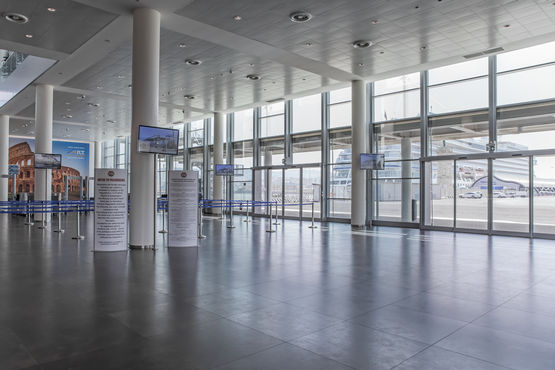 Smooth handling of large numbers of passengers with luggage at the terminal entrances is of the utmost priority. Automatic sliding doors by GEZE ensure access for all. There are 60 check-in desks on the first floor. Passengers and staff also enjoy accessibility and ease of access between individual areas of the terminal and at the entrances to the terrace - thanks to ECdrive sliding doors. The doors are installed, for example, in the comfortable and bright waiting area with its cafeteria, bars, and VIP lounge. An exhibition about the history of Civitavecchia and the Latium region, which along with its capital Rome shaped the whole of Western culture, is housed in a small museum - equally offering barrier-free access. 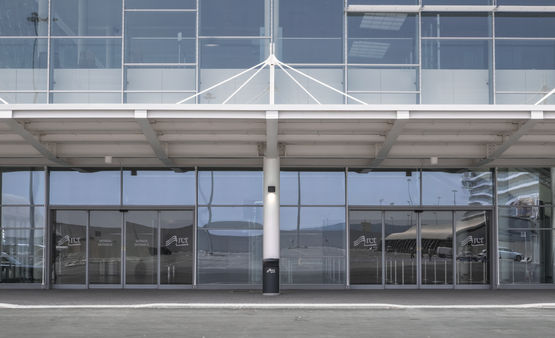 A large number of the sliding doors with an escape route function have been fitted in the break-out version. In hazardous situations, additional door fittings with a rotate feature enable the door leaf to be swung out manually. The special turn-tilt fittings on the emergency exit doors create maximum opening widths, allowing the terminal to be evacuated as safely and quickly as possible. 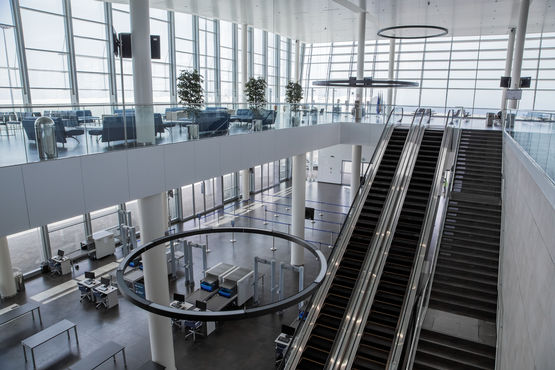 Due to the intelligent digital controls, the ECdrive automatic doors can be linked and connected with the building technology management system. Door faults can be reported to a central location. Since they are connected to the hazard alarm system and the emergency exit protection system, either individual or all automatic emergency exit doors can be operated remotely in the event of danger.

Years of GEZE experience in the marine sector

GEZE has years of experience in marine transport technology, particularly in shipbuilding. For example, all the cruise liners in the AIDA fleet at Meyer Werft are equipped with GEZE products. This experience stood the company in good stead in ensuring emergency exit protection and accessibility at the Amerigo Vespucci cruise ship terminal in Rome.

Ease of access for a stress-free check-in: The numerous entrances on the façade are equipped with ECdrive sliding door systems. Photo: Emanuele Sardi for GEZE GmbH © Emanuele Sardi / GEZE GmbH 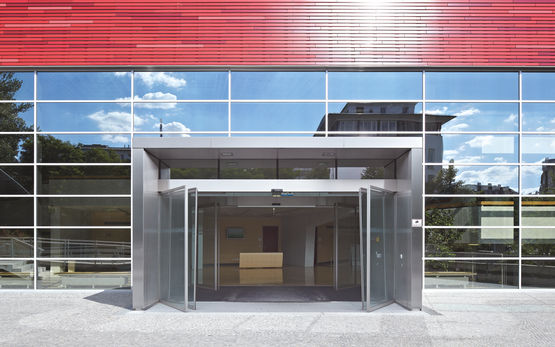 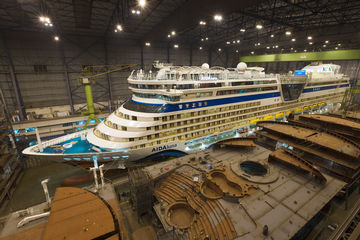 GEZE on board the AIDAluna 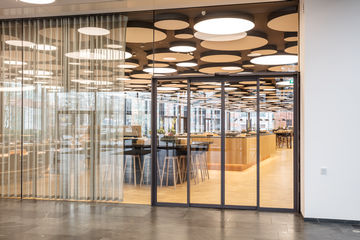 Automatic doors make everyday life easier. Not only are they convenient, they save energy too. They facilitate barrier-free access and passage, while meeting the most stringent of safety demands. 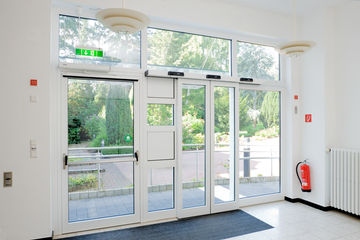 Doors that are always open and yet safely locked - escape and rescue routes have to meet some tough challenges. Intelligent emergency exit system solutions by GEZE are the perfect solution for this apparent contradiction.